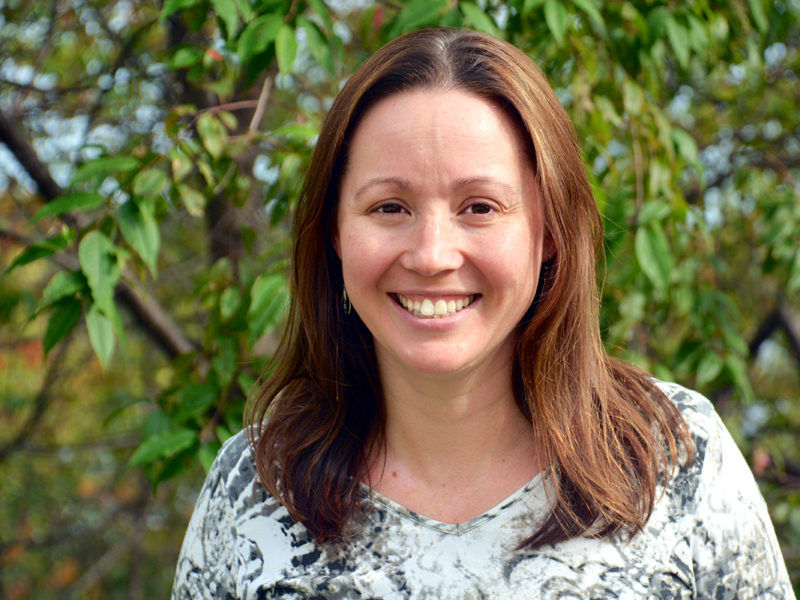 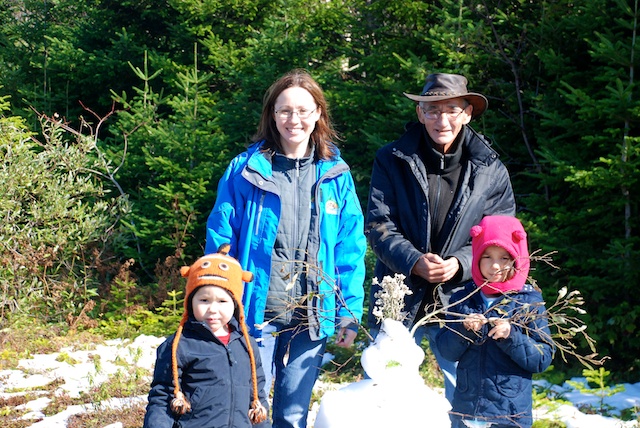 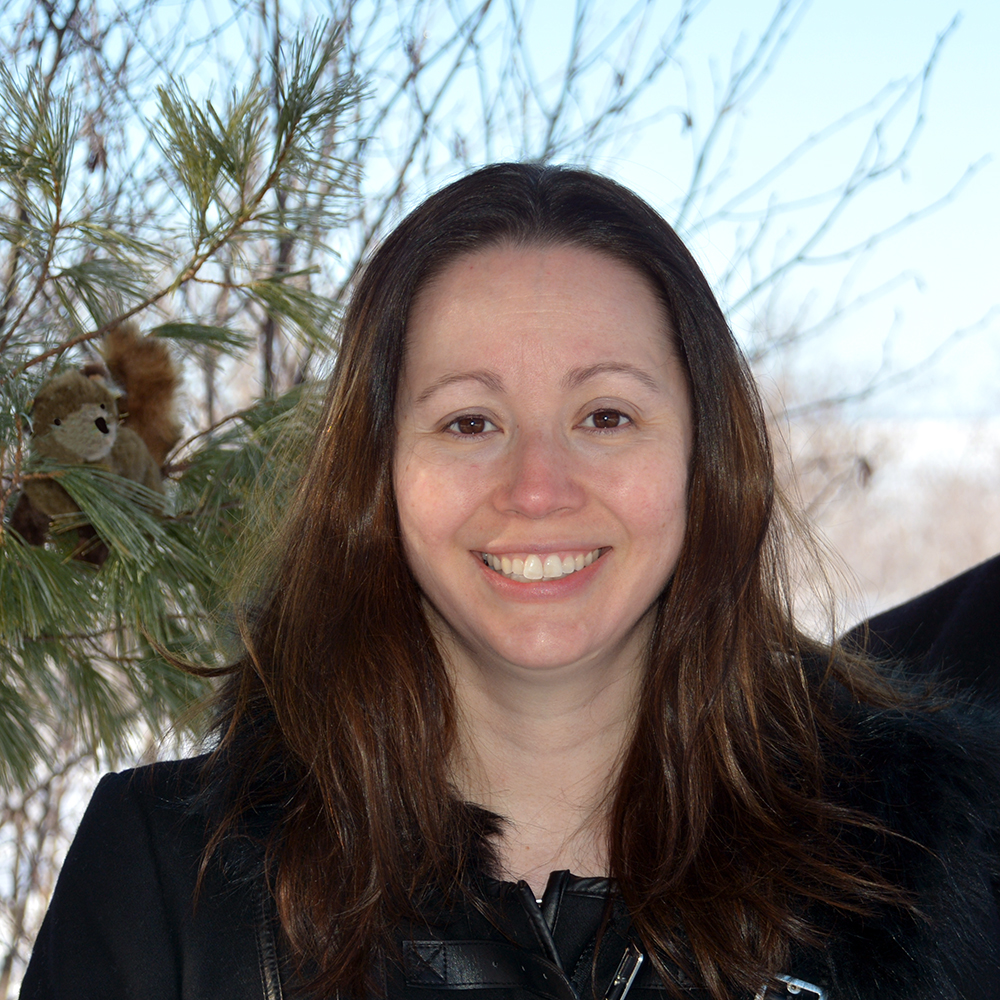 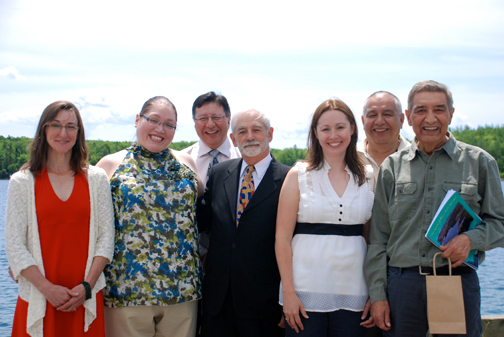 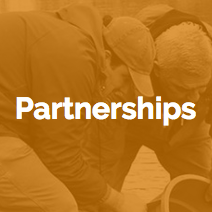 If someone had told Lisa Young twenty years ago that she would be the Executive Director of UINR, she might have thrown you out of the helicopter that she was in, doing a survey of the moose population in the Cape Breton Highlands!

In those days, UINR hadn’t even started and Lisa was a young biologist fresh from her studies at York University. She was working as a field technician doing research with Parks Canada and the Nova Scotia Department of Natural Resources on moose in the Highlands. As a biologist at Eskasoni Fish and Wildlife Commission in 2001, Lisa was in the right place at the right time when Charlie Dennis was looking for a manager for a new organization that he was working on–Unama’ki Institute of Natural Resources.

Little did she know at the time that UINR would grow into a leader in Mi’kmaq natural resources and environmental issues. This did not happen overnight and, from the beginning, Lisa was involved in writing and developing proposals for initiatives such as the Aboriginal Aquatic Resource and Oceans Management program, hardwood forest management, the Natural Resource Officer program and Mi’kmaq Natural Resource Mapping project.

For six years, Lisa was UINR’s General Manager and Director of Administration before becoming Executive Director in 2006. One of the highlights in Lisa’s training was participating in Aboriginal Leadership and Management Development training at the Banff Centre. As Executive Director, Lisa’s job includes assisting staff in project development and management, as well as participating in developing UINR’s overall objectives and direction.

When Lisa is not wearing her UINR hat, she enjoys family time with her husband Buddy Young and their children, Maria and Spencer.

The most rewarding part of working at UINR has been having the opportunity to be involved in such a wide range of environmental issues. It’s quite an experience to be able to work with so many different facets of government, industry and community.

Lisa: In the News

Welcome from Lisa Young UINR’s Executive Director As common as talk about the warm spring weather are people’s comments on the wonder of seeing nature come alive again. Early fishing, spring peepers singing in the ponds, and plants and trees flowering are what we look forward to with the return of longer days and warming … Read More

Unama’ki Institute of Natural Resources (UINR) has added its support for a ban on salmon fishing in Middle and Baddeck Rivers. UINR represents the five Mi’kmaq communities in Cape Breton on issues related to natural resources and the environment. UINR is also a member of the Cape Breton Collaborative Salmon Initiate. Nova Scotia Mi’kmaq have … Read More

Winter is here, but so far it’s not like any winter in recent memory. Climate change is definitely having its effect and at UINR, we are watching things very closely. One of our major concerns is the erosion at Malagwatch cemetary. We are taking an active role in preserving this culturally sensitive site that is … Read More

Georges Bank fisheries threatened Georges Bank is an important fishing area located between Cape Cod and Sable Island. Under the jurisdiction of both Canada and the United States, Georges Bank is a productive spawning area for fish, shellfish, marine animals and seabirds. Unama’ki’s five Mi’kmaq bands have commercial access to Georges Bank and fishes or … Read More 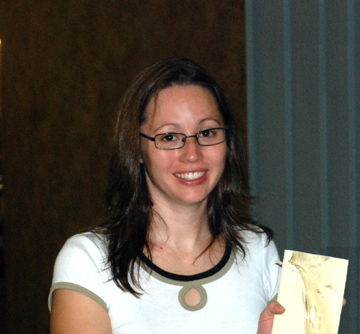 It’s all about the people…Lisa Young

If someone had told Lisa Young ten years ago that she would be the Executive Director of UINR, she might have thrown you out of the helicopter that she was in, doing a survey of the moose population in the Cape Breton Highlands! In those days, UINR hadn’t even started and Lisa was a young … Read More

Charlie Dennis, Executive Director of UINR, has taken a leave of absence from his duties at the Institute. Recently elected as Chief of Eskasoni, he is unable to continue as Executive Director due to his commitments as Chief. He will, however, continue to be involved with UINR as a member of the Board of Directors … Read More

Lisa Young and Shelley Denny from UINR recently participated in the Banff Centre Aboriginal Leadership and Management Development Program. Lisa explains “I was more than impressed with the whole experience. The facilitators were knowledgeable and engaging. I would definitely recommend this program to any one of our leaders or managers who are interested in bettering … Read More