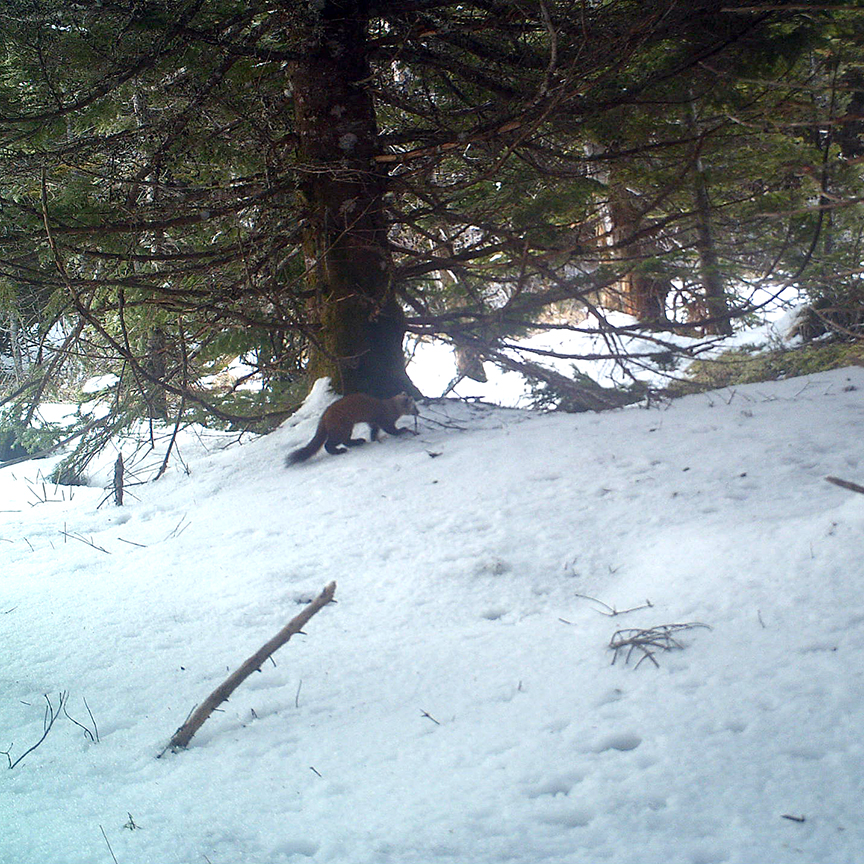 Here is a couple of photos of an American Marten taken by one of the wildlife cameras in the Cape Breton Highlands National Park.

These photos were taken in late March or early April 2016. The bait had been removed by a collared coyote a few weeks before so there was little to keep him hanging around. The map shows the location of the camera.