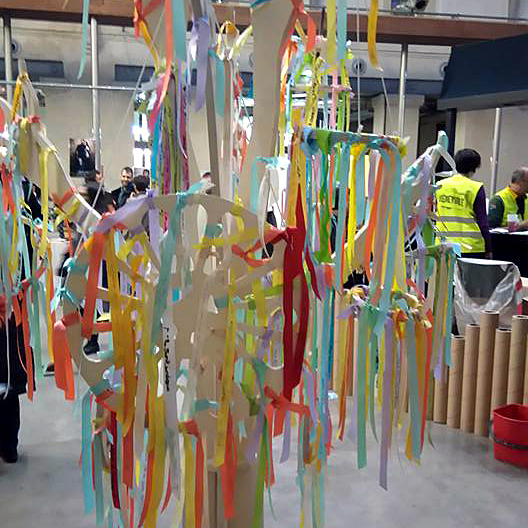 UINR and the concept of Netuklimk that we helped make well-known has spread around the world.

This week we heard from Carmen Seco Pérez from Barcelona, Spain. Last week she was in Paris, France as an organizer of the International Rights of Nature Tribunal.

At the Paris venue was a wooden tree where people wrote their messages for Climate Change Actions on ribbons and picked another one that was hanging, becoming responsible for carrying that message all over the world.

Having no idea what this meant, she researched Netukulimk when she got home, learned about the connection with UINR, and contacted us.

Carmen previously lived seven months in the Ecuadorian Amazon with Indigenous peoples and was amazed to realize Amazonian peoples have a similar concept called “Sumak Kawsay.”

A MSc student at Stockholm Resilience Centre, her thesis is on the interplay between resilience and Indigenous peoples’ psychological identities bonded to Mother Earth. She was thrilled to learn of the concept of Netuklimk and UINR has given her additional information and contacts.