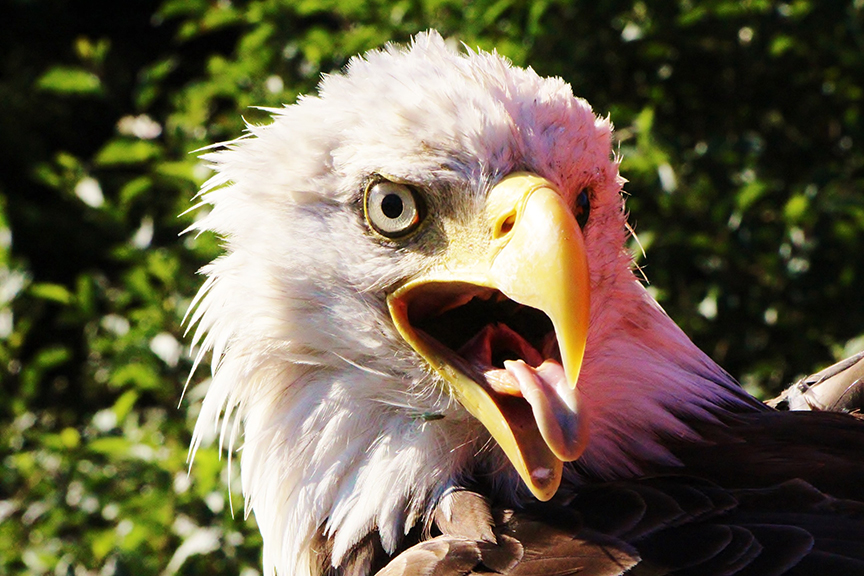 We are finding sick and dying eagles in the Highlands and elsewhere and there is no secret to the cause. Eagles are being exposed to highly toxic lead by eating shotgun pellets, bullet fragments or lead fishing tackle. Eagles ingest lead when fishing or scavenging dead animals.

Dangers of lead are well-known and lead has been eliminated in everything from paint to gasoline. One of the only sources of toxic lead left in our environment is from ammunition and fishing tackle. It’s not just affecting eagles, it’s poisoning our food. It is estimated that 20 million birds die worldwide each year from lead and that in the United States alone, 3,000 tons of toxic lead are left in gut piles and unclaimed kills.

Helene Van Doninck, a veterinarian and co-founder of the Cobequid Wildlife Rehabilitation Centre sees the effect first-hand. “It’s getting to the point now that when I receive an eagle that can’t fly and it has no visible signs of injury, I’m immediately suspicious that it’s lead poisoning. Sadly, I’m often correct.

“This winter, ten eagles have been admitted since Christmas Eve. Eight had lead poisoning, three of those died within 24 hours. The other five survived and one is still being treated. Through the same period we also had two hawks and a vulture come in with lead poisoning.”

UINR and the Moose Working Group are hosting an information session with Helene Van Doninck on how lead bullets are affecting eagles and our health, and look at ways that hunters can help eliminate the risk of poisoning.

UINR has already sponsored several ammunition and tackle exchanges where hunters can trade in their lead gear for safe alternatives, and we have more planned.

For more information on lead contamination in First Nations communities, please check out our background report, Lead Poisoning in Eagles .