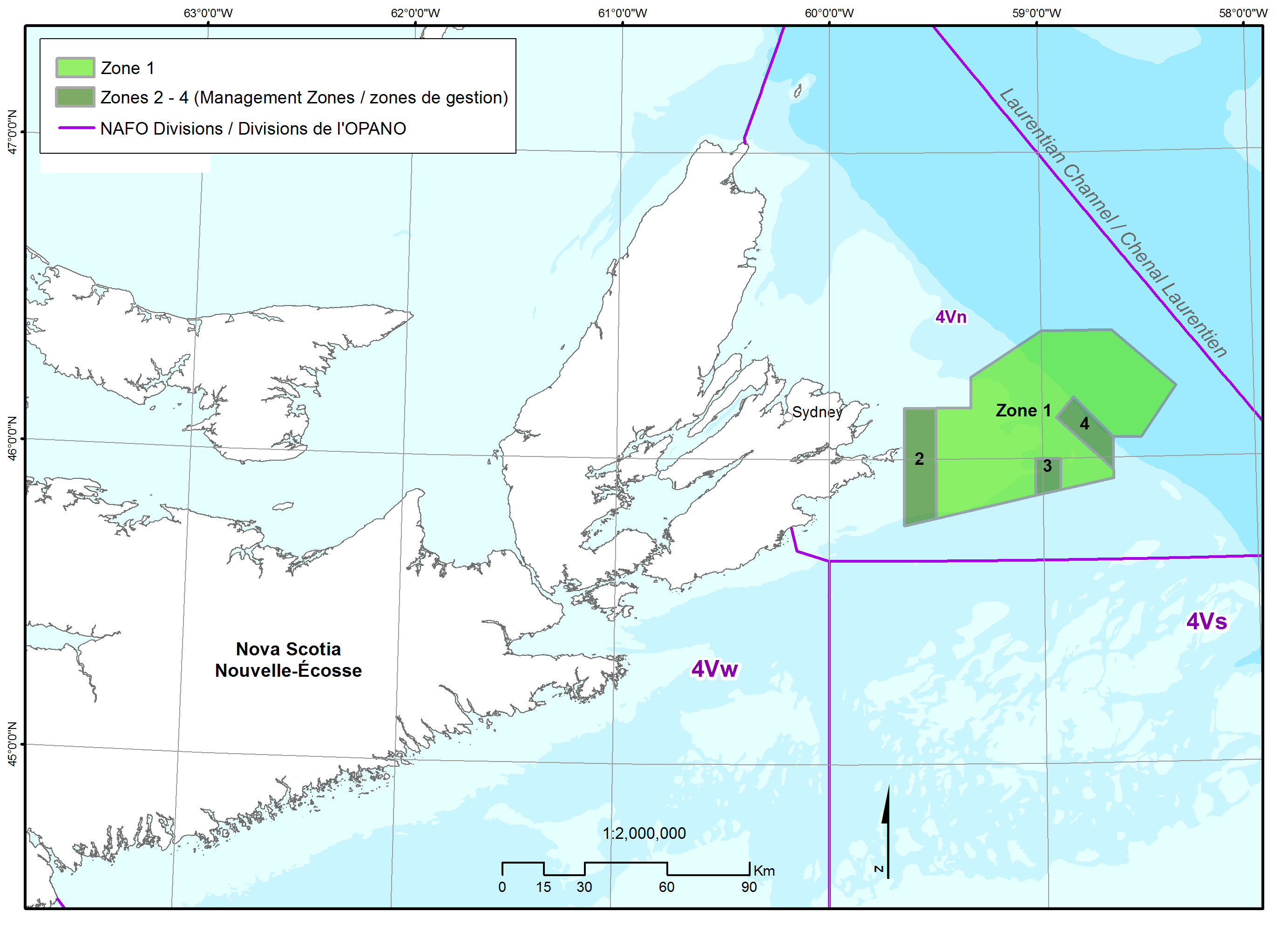 John Couture is UINR’s Commercial Fisheries Liaison Coordinator and in this column he discusses some of the species and issues of importance to the Unama’ki commercial fishery. In this article he focuses on the proposed Marine Protected Area off the coast of Unama’ki.

Think of a Marine Protected Area (MPA) as a park in the ocean. They are protected areas of oceans, seas, estuaries, or large lakes. MPAs restrict human activity for conservation purposes.

In 2011 St. Anns Bank was announced as an Area of Interest and is currently working its way through legislation as a MPA. St. Anns Bank is a unique habitat, high in biodiversity with over 100 species living there. The wide variety of habitat, from shallow banks to deep channels, supports this diversity.

It is part of a migration corridor for fish and marine mammals, from small fish like herring and mackerel, to the blue whale. Atlantic cod overwinter there.

The area (about 40% the size of Unama’ki) is an important habitat for several commercial species such as redfish and halibut and non-commercial species like sponges and corals. It is also important to threatened, endangered species, such as Atlantic wolf fish, Atlantic cod, redfish, white hake, and American plaice.

St. Anns Bank is part of an important feeding area for the Leatherback Turtle, an endangered species.

Many activities are allowed in the MPA:

In principle our Unama’ki leaders support the concept of MPAs. Biodiversity, sustainability, protection for the future are all concepts that align with our practice of netukulimk. The Mi’kmaw right to our food, social, and ceremonial fisheries is included in the legislation.

Membertou made a significant investment to secure and get authorization to fish for tuna in the area. Approvals were given from local, regional staff, and National Headquarters to purchase and fish there. A few months after the tuna license was purchased, Membertou was informed they could not fish in the MPA in St. Anns Bank.

Canada plans to designate 10% of Canadian waters as MPAs by 2020. Another area being considered is Cape Breton Trough, off northern Cape Breton. There have been discussions on designating the Bras d’Or Lakes as a MPA but fears of the restrictions on mining, oil, and gas development have made it difficult to proceed. While the designation would protect our traditional fisheries in the Bras d’Or Lakes from harm and expand tourism opportunities, it does impose restrictions that landowners around the Lakes would need to support.