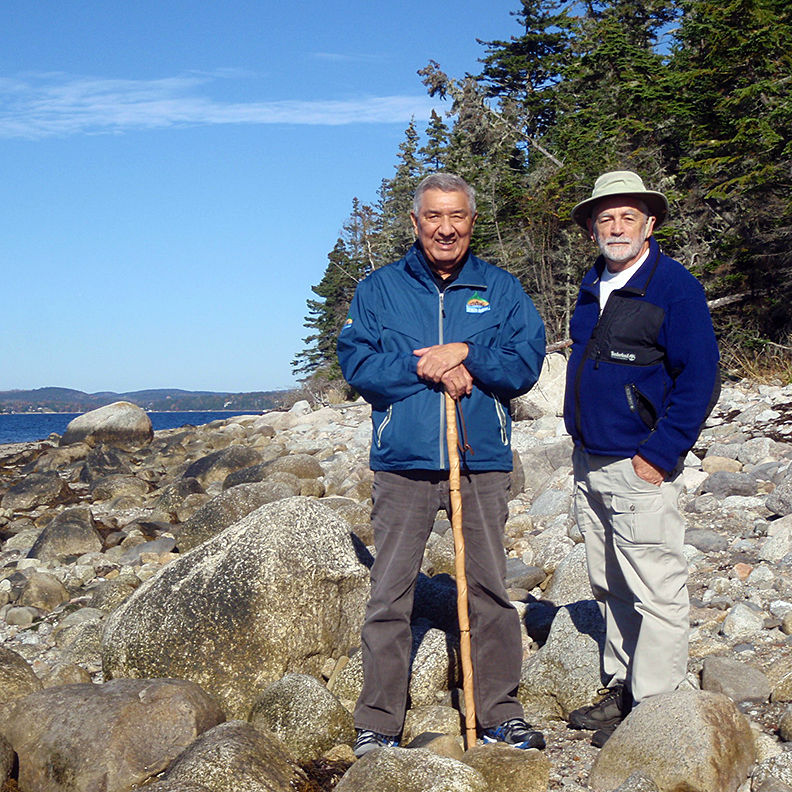 René Lavoie is UINR’s special guest speaker at the launch of UINR’s two new books on oysters on Wednesday, November 16, 2016 at 11:00 am at Membertou Heritage Park.

Dr. Lavoie is no stranger to oysters. For nearly fifty years he has been involved in oyster management and research with DFO and Aquaculture Association of Canada.

Early on he forged a professional relationship and long-time friendship with Charlie Joe Dennis.

Dr. Lavoie received his Ph.D. in Benthic Ecology from Laval University in 1970 and his involvement with fisheries and aquaculture started in 1971 when he took charge of the research required for the management of wild oyster stocks in the three Maritime provinces for Fisheries and Oceans Canada (DFO).

Soon after, the close relationship between wild and cultivated oyster populations brought him responsibility for shellfish leasing and oyster culture research.

In 1983, he was part of the group which founded the Aquaculture Association of Canada (AAC), a charter member and director. In 2002, the ACC presented him with a Lifetime Achievement Award in recognition of his contribution to aquaculture in Canada and abroad.

In 2006, the Aquaculture Association of Nova Scotia awarded him the Jim MacNeil Award in recognition of his contribution to the development of Aquaculture in Nova Scotia.

In 2015, on the occasion of its 6th International Oyster Symposium in Cape Cod, USA, the World Oyster Society recognized his contributions, specially his drafting of the Society’s Vision, Mission, and Objectives.

He has written the chapter on Oyster culture for both editions of the book entitled, “Cold Water Aquaculture in Atlantic Canada.